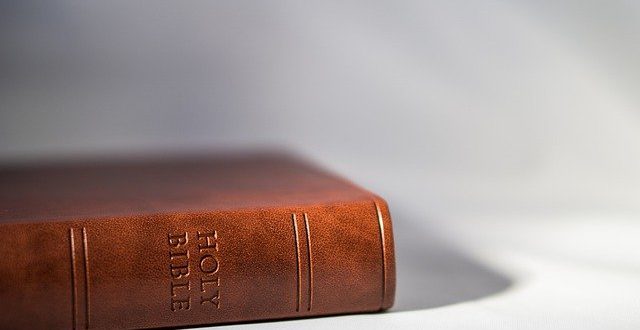 People do not live on bread alone, but on every word that comes out of God’s mouth. (Bible Matthew 4: 4)

This is the word of Jesus, but it is taken from Deuteronomy 8: 3 of the Old Testament. Jesus has stated that he is by no means an economic Messiah (Savior). Many people in Israel were in financial distress at the time, so it was clear that filling their economies would increase their support. You can see that by looking at the leaders of the world today. The better the country’s economy, the higher the approval rating of the prime minister and president. But Jesus shows that the economy is important, but not the best. The more important thing is to fill your heart and live by the word of God.

If people do not eat, they will become hungry and weak. Similarly, if the mind is not nourished, the mind will be weakened and it will not be possible to live in the true sense of the word. Therefore, I think that there are many people who commit suicide even if they are financially blessed.

Jesus was tempted by the devil to become an economic messiah. The main theme of “The Grand Inquisitor” in Dostoevsky’s “Brothers of Karamazov”, which is one of the greatest masterpieces in the history of world literature is this scene. The Grand Inquisitor is a judge in a religious trial, but a judge who judges a person who has the wrong faith. This is an epic of Ivan’s creation that the atheist Ivan tells his Christian brother Alyosha.

The stage is in the 16th century, and Jesus will reappear on earth. It was the Christian church that captured the reappearing Jesus, and the judge of the Christian church said that the Grand Inquisitor would cross-examine and judge Jesus, saying why you reappeared on this earth by this time. It’s a story. Why did you say that the Word of God is more important than bread?  And Dostoevsky makes the Grand Inquisitor say: “Bread on earth and bread on heaven, 95% of the people give priority to bread on earth. You should be willing to throw away freedom for bread.” The Grand Inquisitor took the bread for humanity.

After all, many people want terrestrial bread. Bread can include food, clothing, and housing that we need to live. It is a so-called clothing, food and housing. It is the minimum necessary for human beings to live. Money will be indispensable in a capitalist society. If you lose your job in Corona, you will not be able to make money and you will not be able to buy bread and rice to eat. With that in mind, we can see that the issue of employment, ground bread, is very important.

Then you might think that heavenly bread is just an ideal theory. What is important to humans is what is being asked here. What really matters is bread (material) or freedom (faith).

Whereas the Grand Inquisitor took the bread, Jesus took the freedom (faith). But Jesus never downplayed bread. The Israelites have been hungry and suffering in the wilderness for 40 years. God, who knows how hard it is to starve, miraculously nourishes the Israelites with manna (bread) from heaven. In such a context, the words of Deuteronomy 8: 3 come out. Jesus spoke that word when he was tempted by the devil in the wilderness. People do not live on bread alone, but on every word that comes out of God’s mouth. (Matthew 4: 4)

There is no doubt that both the economy and the mind are important for living. Whichever is missing, it is difficult to live. I think Dostoevsky also shook in his life while seeing many poor people in 19th century Russia. However, Dostoevsky would have thought that heavenly bread was more important. I can imagine Jesus kissing silently at the end of the “Grand Inquisitor” without refuting the Grand Inquisitor’s opinion. And the Grand Inquisitor releases Jesus and the story ends.

Currently, it is estimated that 690 million people around the world are hungry for not being able to eat bread (rice) satisfactorily each year. This year’s Nobel Peace Prize was awarded to the World Food Program (WFP), a United Nations organization that continues to provide food assistance to a world free of hunger. It is very important to protect the employment of people and to support the poor. I think this is especially true during the corona storm. However, isn’t it true that people cannot live just by filling the economy? The words of the Bible, which are the words that come out of God’s mouth, give modern people the power to live.