The Healing at the Pool

5 Some time later, Jesus went up to Jerusalem for one of the Jewish festivals. 2 Now there is in Jerusalem near the Sheep Gate a pool, which in Aramaic is called Bethesda and which is surrounded by five covered colonnades. 3 Here a great number of disabled people used to lie—the blind, the lame, the paralyzed. 5 One who was there had been an invalid for thirty-eight years. 6 When Jesus saw him lying there and learned that he had been in this condition for a long time, he asked him, “Do you want to get well?” 7 “Sir,” the invalid replied, “I have no one to help me into the pool when the water is stirred. While I am trying to get in, someone else goes down ahead of me.” 8 Then Jesus said to him, “Get up! Pick up your mat and walk.” 9 At once the man was cured; he picked up his mat and walked. The day on which this took place was a Sabbath, 10 and so the Jewish leaders said to the man who had been healed, “It is the Sabbath; the law forbids you to carry your mat.” 11 But he replied, “The man who made me well said to me, ‘Pick up your mat and walk.’ ” 12 So they asked him, “Who is this fellow who told you to pick it up and walk?” 13 The man who was healed had no idea who it was, for Jesus had slipped away into the crowd that was there. 14 Later Jesus found him at the temple and said to him, “See, you are well again. Stop sinning or something worse may happen to you.” 15 The man went away and told the Jewish leaders that it was Jesus who had made him well.

The Authority of the Son

16 So, because Jesus was doing these things on the Sabbath, the Jewish leaders began to persecute him. 17 In his defense Jesus said to them, “My Father is always at his work to this very day, and I too am working.” 18 For this reason they tried all the more to kill him; not only was he breaking the Sabbath, but he was even calling God his own Father, making himself equal with God. (John 5: 1-18)

① Do you want to get better?

What was his answer? He was an excuse and a transfer of responsibility (verse 7). Did he really want to be healed? Of course I think so. But when we think about it, once he’s healed, he has to live at his own risk. If he is here (Bethesda), he probably get food from other people. That is why he has lived here for 38 years. If he stayed here, he wouldn’t have any trouble living at least in the future.

I think this is also true for us. Do we really want to get better? In fact, it is possible that we are potentially satisfied with our current situation. Are we really looking for revival? If a revival happens, we will be very busy. We may run out of our seat in the church. We have to take care of others. I think many Christians may not actually potentially want such a thing. We don’t really want to change because we are reluctant to make our life different.

I’ve heard stories like this. A revival took place in a church in the United States. The Holy Spirit has visited. It was the result of prayer. But what happened when the revival actually happened? When they go to church for worship service, what a stranger is sitting in the seat I was always sitting this seat! It is my seat! And not only that, but more and more people came to worship in the church, so they had to line up to enter the church. They prayed for a revival, but when the revival actually happened, the church members were full of complaints. It was hard to line up to enter the church, it was hard to change the seats they were sitting in every week, and it was hard to deal with newcomers. Most church members seem to feel that they don’t need revival any more. Then, as they wished, the revival was over, the people left the church, when they came to the last minute before worship, they could enter the church and secure the seat they wanted to sit in. It is said that everyone was satisfied with that. I think this is quite possible in Japan as well.

Jesus declares to him. ” Get up, pick up your mat and walk ” (verse 8). He would have thought he was here because he couldn’t do that. Perhaps he was indignant in his heart. But he soon was healed and picked up his mat and walked (verse 9)! The work of healing has happened.

He heard Jesus’ words, exercised his faith, and responded. He got up first.  It’s hard to get out of the futon in the morning in winter, but we get up with our will. He decided to stop sleeping and get up. Next, he picked up his mat. He couldn’t do this without the strong feeling that the sick no longer needed a mat to sleep. And, as Jesus said at the end, he stepped forward and started walking.

The Jews objected to such a wonderful thing happening. There are people who dislike the work of God, the work of the Holy Spirit, and the work of healing for various reasons at all times. The same is true today. Such people value traditions, rules, and their theology over their healing and recovery. The Jews also blamed Jesus for his work, because “today is the Sabbath” (verse 10).

② You are well

This is also what we are. We have improved by the grace of God. However, we may find that two personalities (old and new) are colliding. We must establish our true self in Christ. It’s a better self. The Word of God declares. ” If anyone is in Christ, he is a newly created one. The old is gone, behold, everything is new .” (II Corinthians 5:17)

If we don’t have a solid self in Christ, we will be emotionally influenced and lead an unstable life every day. Jesus said to him. “Don’t sin anymore, because otherwise worse things will happen to you” (verse 14）.

Perhaps his illness was the result of sin. Of course, I’m not saying that all illnesses come from sin, but some illnesses may come from the consequences of sin. There are also seven evil spirit stories in the Bible (Luke chapter 11). A demon once went out from a certain person, but Jesus tells us that seven demons will come in and the situation will be even worse. Jesus also says to us. “If you get better, if you are saved, if you are healed, if you are released, you should not sin as much as you can. Otherwise, there is a danger that worse things will happen.”

Jesus Christ is the Healer. Unfortunately, not everyone is happy. The Jews were not pleased with them and persecuted Jesus (verse 16). Because Jesus broke the tradition that they cherish. This is still the same. It’s okay if the church just speaks wonderful teachings, but there are religious people and Christians who reject the healing work in the name of Jesus Christ. The reason is that it is different from their traditional and theology.

God the Father used to work, but he is still working (verse 17). God is not resting. It is written in Psalm 121: 4 that the one who protects Israel will not sleep. Jesus said that I would work because my father would work. Jesus is as busy and still working as God the Father. He is praying for intercession in heaven. Of course, the Holy Spirit is also working (verse 17). The God of the Trinity is working, so we Christians and the church are also working.

Jesus made himself equal to God the Father (verse 18). This was absolutely unacceptable to the Jews. That is still the case. Many Jews cannot accept it. However, there are Jews who believe in Jesus. There is a Christian heresy. Its greatest feature is that it drags Jesus down from God’s position and drops him into beings below God, God’s creation.

But the Bible clearly says, “Jesus is God Himself.” And Jesus is the Healer. It was and is still the same. That Jesus asks us, “Do you want to be better?” And again, he declares that “you are well.” Let’s receive both. 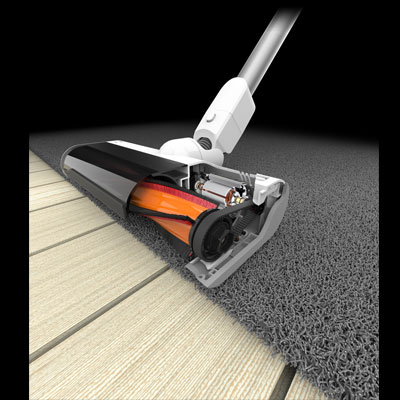