Joseph Accepts Jesus as His Son

18 This is how the birth of Jesus the Messiah came about: His mother Mary was pledged to be married to Joseph, but before they came together, she was found to be pregnant through the Holy Spirit. 19 Because Joseph her husband was faithful to the law, and yet did not want to expose her to public disgrace, he had in mind to divorce her quietly. 20 But after he had considered this, an angel of the Lord appeared to him in a dream and said, “Joseph son of David, do not be afraid to take Mary home as your wife, because what is conceived in her is from the Holy Spirit. 21 She will give birth to a son, and you are to give him the name Jesus, because he will save his people from their sins.” 22 All this took place to fulfill what the Lord had said through the prophet: 23 “The virgin will conceive and give birth to a son, and they will call him Immanuel” (which means “God with us”). 24 When Joseph woke up, he did what the angel of the Lord had commanded him and took Mary home as his wife. 25 But he did not consummate their marriage until she gave birth to a son. And he gave him the name Jesus. (Matthew 1:18-25)

Mary, the mother of Jesus, was weighted by the Holy Spirit (verse 18). It is called “virgin nativity”. The Virgin Mary became pregnant by the Holy Spirit, by the Spirit of God, and by the supernatural work of God, not by the relationship between men and women.

The angel is telling Mary. “The Holy Spirit will come upon you, and the power of the Most High will overwhelm you. Therefore, the one who is born is called the Holy One, the Son of God ” (Luke 1:35).

Mary was pledged to be married to Joseph, but before they came together (verse 18), it is written that it can be translated as “Mary was engaged to Joseph.” However, the Jewish engagement was legally a couple. Therefore, divorce procedures were required to resolve this.

② The engagement period is one year. The two lived with their parents in their respective homes. The situation at this time for Joseph and Mary seems to have happened during this engaged year.

③ After the end of this one-year engagement period, they were able to have a wedding, live together, and enter into an actual married life.

But before they entered the couple’s life, something amazing happened. She was found to be pregnant through the Holy Spirit. (verse 18). This description is seen from Joseph’s side.

Mary would not have told Joseph that the angel had appeared to her and that she was pregnant. Looking at the parallel article Luke 1:31, after hearing the angel’s words ( you give birth to a boy, name him Jesus ), Mary goes to her relative Elizabeth. She was there for three months. Later, when she returned to her hometown, Joseph might have known of Mary’s pregnancy.

There is no doubt that Joseph had a terrible conflict. Mary is pregnant even though he doesn’t remember at all. What happened? Did she fall into an affair with another man? So couldn’t we meet for three months? I’m sure he had thought about it in various ways.

① Take measures according to the law of the Old Testament. If she became pregnant during her engagement, she was sentenced to death by stoning at the time.  22 If a man is found sleeping with another man’s wife, both the man who slept with her and the woman must die. You must purge the evil from Israel. 23 If a man happens to meet in a town a virgin pledged to be married and he sleeps with her, 24 you shall take both of them to the gate of that town and stone them to death—the young woman because she was in a town and did not scream for help, and the man because he violated another man’s wife. You must purge the evil from among you.  (Deuteronomy 22: 22-24). This will expose Mary.

(2) According to the divorce law at that time, divorce by secretly writing a divorce letter without making it public. Joseph decided to choose the latter. Joseph her husband was faithful to the law, and yet did not want to expose her to public disgrace, he had in mind to divorce her quietly. (verse 19).

In conflict we can meet God. No, it may be said that we can only meet God there. In many cases, we do not seek God when things are going well. How much conflict and suffering did Joseph and Mary both have? But in such a situation, angels appeared and they were able to meet God. A new life was opened. Of course, the conflict is painful. But that is an opportunity to seek God. When we face God seriously, we can meet Jesus Christ at a new level. And a revival of faith is given. The encounter with God will definitely change our life. It will be a life of hope.

Jesus was born in the womb of the virgin Mary, conceived by the Holy Spirit. Therefore, he was born innocently without any blood of sin. If Jesus was born of Joseph and Mary, he was born with original sin and inherited the nature of sin as a descendant of Adam, just like us. If Jesus has sin, he cannot be the Savior.

There is no human father in the birth of Jesus. God the Father is the father of Jesus. Jesus the Son of God. For modern people, the virgin nativity will be a stumbling block. The Virgin Birth is one of the important doctrines of the Christian church. It is recorded in the Apostles’ Creed. “The Lord is born of the Holy Spirit and of the Virgin Mary.”

How many people were born without a relationship between men and women in human history?

3 people. Adam and Eve, and Jesus Christ. God made Adam out of the dust of the land and breathed life into his nose, making him a living person. And Eve was made by taking Adam’s ribs. In the same way, Jesus was made from Mary’s egg cell and was contaminated by the Holy Spirit.

We can believe in the virgin nativity. Because the God we believe in is a great God, a supernatural God, who believes that there is nothing impossible for Him. God created this heaven and earth. The existence was created from nothing, and the human beings was created. If so, it is possible to create life in Mary’s womb.

Jesus Christ is the Son of God.

The angel appeared in a dream and said to Joseph.  ” Joseph the Son of David ” (verse 20).

The Savior who saved man had to be the descendants of man, also the descendants of David. That was the Old Testament prophecy. 12 When your days are over and you rest with your ancestors, I will raise up your offspring to succeed you, your own flesh and blood, and I will establish his kingdom.13 He is the one who will build a house for my Name, and I will establish the throne of his kingdom forever. (II Samuel 7: 12,13)

Joseph was not involved in the birth of Jesus because Jesus was born by the Holy Spirit. Although Joseph and Jesus had no kinship, Joseph became his father when David’s descendants, Joseph, legally recognized him.

Mary also had a conflict, but there is no doubt that Joseph also had a conflict. But to Joseph, who believes in God, God spoke clearly and showed him the way to go. “Joseph son of David, do not be afraid to take Mary home as your wife, because what is conceived in her is from the Holy Spirit.” (verse 20). Joseph may have heard various rumors about Mary. But Joseph obeyed the Word of God, not the words of man. When Joseph woke up, he did what the angel of the Lord had commanded him and took Mary home as his wife. But he did not consummate their marriage until she gave birth to a son. And he gave him the name Jesus. (verses 24,25). ). We can see the new Joseph here.

I think we have many conflicts in our lives, but God tells us, “This is the way; walk in it.” (Isaiah 30:21).  God Intervenes in the problem, prepares the way out and gives a solution.

Joseph obeyed the Word of God. By naming him Jesus, Joseph recognized and accepted the born child (Jesus) as a member of his family, both publicly and legally.

Jesus is the Son of God, 100% God, the Son of Man, 100% Human. This cannot be understood by the human head and reason. But we can believe in this mystery by the grace of God and by faith.

If people can’t understand it with their head, there will be heretics that try to distort the truth of this Trinity to make it easier to understand. Heresy is characterized by denying the Trinity and the divinity of Jesus. It’s an era of misunderstanding. It will be more and more misleading. We must be awake.

Jesus is the Savior. What is the salvation from? It is salvation from sin. “He will save his people from their sins.” (verse 21) .

The Bible says. The reward that comes from sin is death. But the gift of God is eternal life in our Lord Christ Jesus (Romans 6:23). From eternal destruction (hell) to heaven, from rule of Satan to rule of God, from death to life, from darkness to light, this is the gospel.

We turned against God and were heading for destruction because of our sins. We cannot save ourselves by our own power. Because mankind is guilty and we are imperfect. But the good news is. “The Savior was born. The Savior has come. The God is born as a human being to abandon the image of God and save people.” This is the message of Christmas. 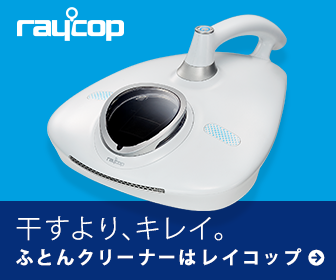