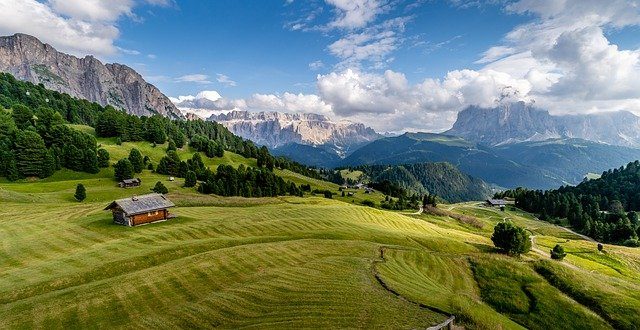 This is the word that John the Baptist spoke. John the Baptist was the one who had the way for Jesus Christ to appear, and as the name implies, his main task was to baptize people with water. He was a very famous person in Israel 2000 years ago.The above words he told a large number of people who confessed their sins and came to be baptized.

Repentance, in the Bible, means turning 180 degrees. Isn’t this very important in our lives? Confessing your sins is not enough to lead a truly good life. It’s not enough to confess. You will have to change your old way of life and live a new way of life. True repentance is to leave evil and return to God, resulting in a life and action that pleases God. Jesus says, “Because the goodness of the tree is known by its fruit” (Matthew 12:33).

Baptism itself is not repentance. The correct order is to be baptized as evidence of repentance of sin. In short, the inner change precedes the outer change. John the Baptist warned against changing only the appearance. He has not pointed out the lack of social and ethical practices. Instead, he emphasized that it is important to change the inner side (mind), and more specifically, to change the whole existence of oneself.

The Gospel of Luke, which describes the same event, continues the story in more detail than the Gospel of Matthew. When the crowd heard the message, “Produce fruit in keeping with repentance,” asks John, “What should we do?” (Luke 3:10). John replied, “If you have two pieces of underwear, divide them into those who do not have one. So do those who have food” (Luke 3:11). Isn’t this surprisingly simple? John never tells us to give them two pieces of underwear and all the food we have. He is telling us to give it to really poor people who don’t have any underwear and have no food at all. If this were to be done in the world today, there would be surprisingly fewer poor people than it is now.

The gap between rich and poor is widening in the world. French economist Thomas Piketty makes this clear in his book, “Capital in the Twenty-First Century”. Wealth distribution is one of the important themes in the modern society where inequality is widening. “Knowledge dissemination” is essential for poor countries to catch up with rich countries, Piketty said. In modern times, I think it is important to share knowledge in addition to sharing underwear and food.

Mr. Piketty points out that the inequality will continue to widen at this rate. This is because in the 21st century, the wealth earned from interest on money (mainly inherited property) accumulated in the past has a higher rate of return than labor wages. He proposes an annual progressive tax that is collected according to the amount of capital as a solution. It seems that a high degree of international cooperation will be required. If so, it may be difficult for poverty to be resolved by politics in such a world conflict.

A better society may be created by the simple practice of reaching out to the poor according to John the Baptist’s point and the global grassroots movement.