Although Christ is the image of God, he did not think that he could not abandon the state of God, but he took the form of a servant who made himself empty and became like a human being. He appeared with a human nature, humbled himself , obeyed to death, and even to the death of the cross. ( Bible Philippians 2: 6-8)

Christ, the Son of God, the second rank of the Trinity, was born as a person. This is “Christmas”. The above is called “incarnation” in theological terms. In human terms, it is the birth, but here it is called incarnation because Christ receives flesh.

Christ took the form of a human being, it does not mean that he has abandoned his attributes as a God, that his divinity has been reduced or restricted, or that he has stopped being a God. Instead, it means that while maintaining being a God, without changing the essence of the God, he took another form of existence called humanity and came to have limits as a human being.

As the writer CS Lewis says, ” If you want to know what incarnation is, you have to imagine yourself becoming a slug or a crab. ” Christ, the God, is himself. It means that he was completely humbled without claiming his honor or privilege.

So, in a nutshell, Christmas means “God has become a person.” Christ, the God, was born as a human baby with a physical body to save humans. Being born normally cannot keep us innocent. There, Jesus was confined by the Holy Spirit in the womb of the virgin Mary.

Our sin begins when we dwell in the womb of our mother. The blood of sin flows by nature. If Jesus was born of Joseph and Mary, he would have inherited the same lineage of sin as we did as descendants of Adam. However, because Jesus was born by the Holy Spirit and by the supernatural, no blood of sin is shed. That is why the blood shed on the cross had the power to forgive human sins.

According to the Greeks at the time, the body was dirty and had to be overcome. The body was a prison of the mind, and salvation was thought to be the liberation of the mind from the prison of the body. It was very unacceptable from the idea of ​​the dualism of good and evil, which believes that God is good and cannot take the body of evil, and the dualism of spirit and flesh, which clearly separates matter from spirit.

What about Jews? Even for the Jews, it was unacceptable. The Jewish God was by no means a human being, but an invisible God, and all visible gods were severely removed as idols. It was believed that making a person a god was a serious sin that defiled God. So Jesus was criticized and rejected by the Jews. It was intolerable to accept the human God.

Former Oxford University professor, now London University professor & theologian Alister McGrath wrote about incarnation: ” Jesus Christ reveals God, he represents God, speaks on behalf of God as God, and acts on behalf of God as God. That is why he is God . The incarnation summarizes and articulates the fundamental Christian belief that Jesus Christ is God and man. “

I think we can say that Jesus is the incarnate God who has shown the invisible God to the world in a visible way.

The incarnation of Christ had a clear purpose. It’s the way to the cross. The flesh of Jesus Christ was the flesh taken for punishment. This is what the Bible says to the Romans 8: 3. God sent his Son for sin in the same way as sinful flesh, and punished sin in the flesh.

May Christmas be full of blessings and joy. 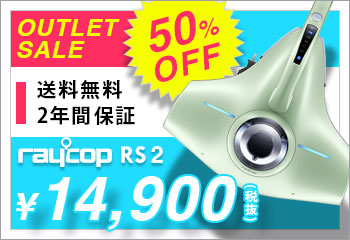 I used to be a pastor in the metropolitan area for 10 years, but now I am a pastor at a local Christian church. I also run a travel agency and an agricultural cooperative. I myself have been empowered by various words, and I would like To convey hopeful words.