The movie “The Lord of the Rings” is a trilogy. A team (friends) who throw away the ring was formed in the first movie “the fellowship of the ring” and set out. But at the end, the team was divided into three. The second movie, “Two Towers,” depicts what kind of adventure the divided teams will take. In this movie, Frodo and Sam go on to Mordor. It can be said that Hobbis Merry and Pippin active this time if anything. These two towers are the “Barad-Dua Tower” where Sauron lives, and the “Orsank Tower”, which rises above Isengard, the home of the witch Salman. It’s the axis of evil. The main part of this movie is the Orthunk Tower. The Barad-Dua Tower will be the main stage for the third film.

Due to the orc attack, the “the fellowship of the ring” have been separated in three directions. Hobbits Frodo and Sam bravely headed to Mordor’s Mountain of Destruction to bury the ring. Gollum, the previous owner of the ring, is secretly following them to steal the ring. Meanwhile, Aragorn & Elf Legolas & Dwarf Gimli, who acted differently from Frodo and Sam, chased the enemy to rescue Hobbit Mary and Pippin, who were captured by Orc Chief Uruk-hai. Formerly a good senior of the wizard Gandalf, the wizard Salman who betrayed, now under the control of the Sauron, has ordered the Orcs to bring the Hobbit alive. Based in the tower of Isengard, Salman used magical powers to create a mighty army of evil and began marching into the human kingdom of Rohan.

The Lord of the Rings is a battle between good and evil. It can be said that it represents the battle between God and the Devil. Sauron, who symbolizes the devil, uses the orcs who are evil spirits to try to destroy the world. There is only one way to overcome this evil. It is to throw away the “ring”, which is a symbol of sin with great evil power. For that reason, Frodo is heading for the enemy’s headquarters with the determination of death.

Aragorn and his friends meet Rohan’s knights, led by Prince Eomer, while chasing their enemies. The Rohan knights had already defeated Uruk-hai and the orcs. The three of them were disappointed that they thought Mary and Pippin were killed in the battle at that time, but they followed a few traces of them into the Fangorn Forest. They reunite with the resurrected Gandalf there. Gandalf, who was once thought to have fallen to the abyss after fighting the devil Balrog, has defeated Balrog and has revived as a more powerful white wizard.

Jesus Christ also defeated death and was resurrected. Jesus had a different resurrection body than before. The disciples who witnessed Jesus dead on the cross were disappointed, but reunited with Jesus and were full of joy.

The Aragorns were delighted to see Gandalf again. Gandalf asked the tree shepherd Ent to protect Mary and Pippin and told them they were safe. For the time being, the three are relieved and head to Edras, the capital of Rohan, with Gandalf to save Rohan’s crisis, which is being targeted by the evil wizard Salman.

When Gandalf and his friends arrived at Edras, the royal palace had the appearance of King Théoden, who had lost his mind. Gandalf cast out the magical power of Salman, who poisoned Théoden’s heart. Théoden then returned to his former king, and he and his people evacuated to an impregnable castle. However, it is overwhelmingly disadvantageous as it is, so Gandalf leaves Aragorn behind and goes on a white horse to search for Eomer’s troops.

Jesus cast out demons many times in his ministry. Jesus healed many people with various illnesses and drove out many evil spirits. (Mark 1:34) Evil spirits are still working to destroy humans. Even in modern society, the battle between God and the devil is unfolding. God is working to save people, and the devil is trying to destroy them. Be modest and awake. Your enemy, the devil, roams, like a barking lion, in search of something to eat. (1 Peter 5: 8)

Salman’s army was over 10,000. On the other hand, Rohan’s army is only 300 people. Aragorn says when even Legolas lost hope and was in despair. “There is always hope. ” There are difficulties and challenges in life. But don’t give up. There is always hope as long as we are alive. The Bible says. “Because I am familiar with the plans I have made for you-the word of the Lord-it is not a hassle, but a plan to give peace, to give you a future and hope.  “(Jeremiah 29:11).

After that, Aragorn’s words came true, and the elf army sent from Elrond arrived. However, the battle was inferior and the momentum of the enemy’s army could not be stopped, the elf army collapsed one after another, the walls were destroyed, and the gate was torn. However, he was able to defeat the enemy at the last minute by the cavalry charge of the Rohan army that was launched from the castle with the determination of death and the pinch shot of the troops led by Gandalf and Eomer who rushed on the white horse. In the Bible’s Revelation, there is a scene in which Jesus on a white horse fights against the enemy devil and is victorious (Revelation chapter 19).

Gandalf says. ” The battle in Helm Gorge is over, but the battle in Middle-earth has just begun. ” Even if we think that one battle is finally over in our lives, the next battle will begin. In the Bible, there is a scene in which the Lord God speaks to Joshua, a warrior. ” You are old and old, but there are still many lands to occupy. ” (Joshua 13: 1) The battle against evil of Gandalf and others continues into the next movie.

Mary and Pippin ask Ent to join the fight, but they say they have nothing to do with them and take no action. Mary says. ” But you are part of the world, aren’t you? You have to help … ” The world is getting smaller and smaller now. What happens in one country affects neighboring countries and the whole world. So did the coronavirus. The virus, which originated in China, continues to affect Japan, the United States, Europe, India, South America, and the world on an ongoing basis. The same is true in Japan. A nuclear accident occurred in Fukushima 10 years ago. Pollution has already spread due to the concealment of the government and TEPCO. It is about to spread further in the future. One of the major characteristics of modern society today is that it cannot be unrelated to what happened elsewhere.

Then, Pippin’s plan causes the Ents to witness the trees (friends) being murdered by Salman’s hands and used as fuel for the weapons factory. When Ent saw it, he was angry, woke up, attacked the tower of Isengard, and succeeded in destroying Salman’s base with their destructive attacks. Being awake and looking directly at reality can also be a necessary force in solving problems.

Frodo encountered many dangerous situations, each of which was helped by brave Sam. Frodo says. ” I couldn’t do anything without Sam. ” It’s hard for humans to accomplish great things alone. However, by having friends, we can overcome and overcome what seems impossible.

Gollum, who followed the two Hobbits and later guided them to Mordor, had Smeagol’s conscience (he before he had the ring) and finally Gollum (he after he had the ring). Succumbed to, and decided to kill Frodo and Sam and steal the ring. The story continues to “The Return of the King” 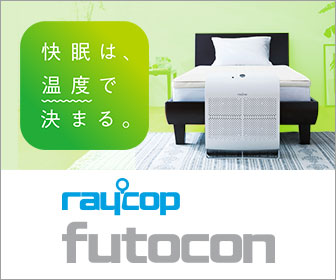