9 And this is my prayer: that your love may abound more and more in knowledge and depth of insight, 10 so that you may be able to discern what is best and may be pure and blameless for the day of Christ, 11 filled with the fruit of righteousness that comes through Jesus Christ—to the glory and praise of God. (Philippians 1: 9-11)

Be discriminating so that you can discern what is truly superior (verse 9). This is a prayer for the present of the Philippian church (at the time of receiving this letter). Today, more information is flooding than in the past. Therefore, one of the powers needed to live wisely in this information age is the discernment and insight to see through the times.

Paul also prayed for the future of the Philippian church. May God’s glory be revealed on the day of Christ (the last days of the world) so that you may be unblamed and filled with the fruit of righteousness given by Jesus Christ (verse10,11).

Today is an era when the Second Coming of Jesus is approaching. We pray that each of us can finally bear the fruit of the Spirit’s love, joy, peace, tolerance, kindness, goodwill, sincerity, meekness, self-control (Galatians 5: 22,23), and evangelism.

After praying, Paul reports on his status.

12 Now I want you to know, brothers and sisters, that what has happened to me has actually served to advance the gospel. 13 As a result, it has become clear throughout the whole palace guard and to everyone else that I am in chains for Christ. 14 And because of my chains, most of the brothers and sisters have become confident in the Lord and dare all the more to proclaim the gospel without fear.15 It is true that some preach Christ out of envy and rivalry, but others out of goodwill. 16 The latter do so out of love, knowing that I am put here for the defense of the gospel. 17 The former preach Christ out of selfish ambition, not sincerely, supposing that they can stir up trouble for me while I am in chains. 18 But what does it matter? The important thing is that in every way, whether from false motives or true, Christ is preached. And because of this I rejoice. (Philippians 1: 12-18)

The people of the Philippian church were very worried and prayed for Paul when they heard that he was in prison. They would also have been worried that evangelism would not proceed as Paul was in prison. Their concern was in advancing the evangelization, expanding the kingdom of God. They had a missionary spirit. Paul writes for such a Philippian church. I want you to know that what happened to me, that is, going into prison, unexpectedly moved the gospel forward (verse 12).

As a result, it has become clear throughout the whole palace guard and to everyone else that I am in chains for Christ. (verse13).  Generally speaking, the imprisonment of Paul seems to have retreated the work of the gospel. Of course, imprisonment does not give a good impression. Even if the country or government is bad, it will give a bad impression to the people. First of all, it turns out that the reason Paul was imprisoned was not because of illegal acts, but because of Christ and because he preached the gospel.

He wrote that through my entry into prison, I was able to share the gospel of Jesus Christ with the Roman soldiers. That was not what Paul initially thought, but through hardship, a new evangelistic gate was opened.

Paul saw everything that happened to him with spiritual and faithful eyes. Paul tried to understand everything he was experiencing from a missionary point of view. The Philippian church should have been well understood. Because it can be said that the Philippian church was born from prison. Paul and Silas friend were imprisoned even though they were led by God to go to the town of Philippi and evangelize. It seemed that the first saved Lydia would stumble. However, their faith was strengthened, and in this prison the guard and his family were saved and added to the Philippian church. The imprisonment of Paul and his friends pushed the gospel forward. “You have seen it. The same thing is happening now,” he tells the Philippian church.

Our daily lives are not always smooth. Sometimes it happens that the gospel does not move forward, feels backward. But, like Paul, we want to see what is happening to us with the eyes of faith, the spiritual eyes, and the eyes of God. Then we will see something new that we never thought of before. We know that in all things God works for the good of those who love him, who have been called according to his purpose. (Romans 8: 28) There are difficulties, but know that it is supposed to move the gospel forward. God tells us that everything is beneficial to us.

Speaking of the current coronavirus, I think that even this can be seen from the perspective of the gospel ministry. It has become difficult to actually gather for worship, and it is no longer possible to go abroad for missions. This looks negative from a human point of view. However, if we look at it from the perspective of the Gospel like Paul, I think that our perspective will change. It’s now easier than ever to worship online. This has made it possible for sick people, people who cannot come to worship due to work reasons, and people who cannot come to worship for various reasons to worship beyond time and space. We can no longer go abroad to evangelize, but the gospel is being transmitted through various ideas such as online evangelism, YouTube evangelism, and evangelism using SNS. Today is an era in which the world is becoming smaller and smaller. It seems that the church is gradually adapting to the situation, little by little, than before Corona.

Christians who have experienced something similar to Paul are in history. I will introduce only one person. This is John Bunyan. What happened in England in the 17th century, he was put in prison for preaching even though he was not a minister of the Church of England. He spent twelve years in prison. However, in that prison, he was given the idea of ​​the story “The Pilgrim’s Progress” and published it after he was released. The journey of pilgrims from this world to the coming world (heaven) is depicted. This is a wonderful work and is said to be the second most read book in English after the Bible. That great preacher Charles Spurgeon has read it more than 100 times. If John Bunyan hadn’t been in prison, he probably wouldn’t have been given the idea of ​​”The Pilgrim’s Progress” and this book wouldn’t have been written. “The Pilgrim’s Progress” has been widely used to advance the gospel, and it will continue to be used. There was so much suffering, but John Bunyan’s imprisonment also helped advance the gospel.

most of the brothers and sisters have become confident in the Lord and dare all the more to proclaim the gospel without fear. (verse 14). Instead of Paul being captured and the work of evangelism ruined, many people stood up and the gospel went forward.

Evangelists (preachers), who have received less attention in Paul’s ministry, see this as an opportunity, with envy and conflict (verse 15), and with partisanship (verse 16), they preached the gospel for the expansion of their kingdom. It wasn’t just a false teaching like heresy. If so, Paul would have been categorically criticizing it.

It would be nice to acknowledge each other’s differences, but they interfered with Paul’s evangelism in a sly manner. I am very sorry that even today, Many do not admit that they are different from themselves.

But Paul was delighted. Of course, I think he was sad, but he was happy. Because Christ was preached in every way. Paul is pleased with that fact, and Paul says he will be pleased not only now but in the future (verse 18).

That is why he is encouraging the people of the Philippian church to rejoice rather than mourn. Paul himself teaches others to ” overcome evil with good ” (Romans 12:21), and he does it himself. Paul learned this from Jesus Christ and imitated Jesus. This is the gospel solution.

We also unfortunately see divisions more prominent than unity in the Japanese Christian world due to differences in pneumatology and eschatology, but we are still pleased that the gospel is preached in various ways. I think. Paul’s primary concern was whether the gospel of Jesus Christ was preached.

Paul sees all events in terms of the advancement of the gospel, without being emotionally dragged. No matter who preaches or how it is preached, remember that if the content of the gospel is correct, the gospel will exert its power, and the cross of Jesus Christ and the message of the resurrection will be preached. He was delighted to be done.

I think there will be many things in 2022, and it may happen that the work of the gospel is retreating, but God is working. If one door closes, believe that a new door will open. And let’s walk with confidence that the gospel will move forward. We do not belong to those who shrink back and are destroyed, but to those who have faith and are saved.(Hebrews 10:39). 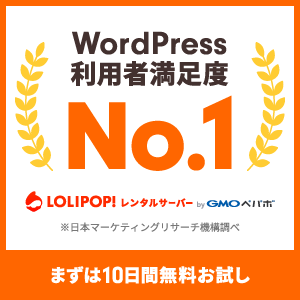 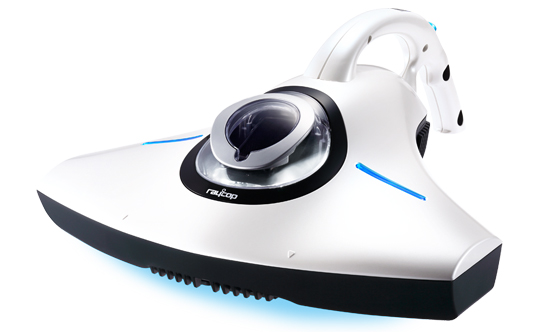