The apostle Paul first reported his status to the people of the Philippian church. He tells them that he is in prison, but he wants them to be happy because the gospel is moving forward. Then he turned to the Philippian church and advised them to unite, not divide. At that time, he urged them to emulate the humility and obedience of Jesus Christ. And today’s passage is about Paul’s plans. Paul wanted to send Timothy and Epaphroditus to the Philippian church. In doing so, Paul sees them as spiritual brothers (though Timothy’s a spiritual son), co-workers working together to advance the gospel, and comrades.

19 I hope in the Lord Jesus to send Timothy to you soon, that I also may be cheered when I receive news about you. 20 I have no one else like him, who will show genuine concern for your welfare. 21 For everyone looks out for their own interests, not those of Jesus Christ. 22 But you know that Timothy has proved himself, because as a son with his father he has served with me in the work of the gospel. 23 I hope, therefore, to send him as soon as I see how things go with me. 24 And I am confident in the Lord that I myself will come soon.

25 But I think it is necessary to send back to you Epaphroditus, my brother, co-worker and fellow soldier, who is also your messenger, whom you sent to take care of my needs. 26 For he longs for all of you and is distressed because you heard he was ill. 27 Indeed he was ill, and almost died. But God had mercy on him, and not on him only but also on me, to spare me sorrow upon sorrow. 28 Therefore I am all the more eager to send him, so that when you see him again you may be glad and I may have less anxiety. 29 So then, welcome him in the Lord with great joy, and honor people like him, 30 because he almost died for the work of Christ. He risked his life to make up for the help you yourselves could not give me. (Philippians 2: 19-30)

Now, let’s get into today’s passage. Paul was able to rejoice even in prison. He says that he will be pleased whether he is a offering of pouring, that is, martyrdom, or even death by preaching the gospel of Jesus (verse 17, 18). Joy is the subject of the letter to the Philippians. Paul was always pleased because he was not dominated by the situation and the environment, but by God. He was always pleased because God ruled Paul’s heart. And he recommends that they also rejoice in the Philippian church. The true joy is to be confident that we are children of God loved by God the Father, that salvation is being given by His Son, Jesus Christ, and that the Holy Spirit, the Helper, is with us.  No matter how sad the outside environment or circumstances are, there is God’s joy inside us that no one can take away.

The people of the Philippian church were familiar with Timothy’s fine work (verse 22). Note, literally, it is “eligible”. Timothy was a person who met the qualifications required for a worker. Paul was on trial and was not yet sure if he would be released or sentenced to death. He knew that soon, and as soon as he knew it, he planned to send Timothy to Philippi (verse 23). At this stage Paul wanted Timothy to be by his side.

Paul had previously sent Timothy to other places (church).

3 So when we could stand it no longer, we thought it best to be left by ourselves in Athens. 2 We sent Timothy, who is our brother and co-worker in God’s service in spreading the gospel of Christ, to strengthen and encourage you in your faith, 3 so that no one would be unsettled by these trials. For you know quite well that we are destined for them. 4 In fact, when we were with you, we kept telling you that we would be persecuted. And it turned out that way, as you well know. 5 For this reason, when I could stand it no longer, I sent to find out about your faith. I was afraid that in some way the tempter had tempted you and that our labors might have been in vain. 6 But Timothy has just now come to us from you and has brought good news about your faith and love. He has told us that you always have pleasant memories of us and that you long to see us, just as we also long to see you. (I Thessalonians 3: 1-6) I Thessalonians was written about 10 years before the letter to the Philippians.

16 Therefore I urge you to imitate me. 17 For this reason I have sent to you Timothy, my son whom I love, who is faithful in the Lord. He will remind you of my way of life in Christ Jesus, which agrees with what I teach everywhere in every church. (I Corinthians 4: 16,17)

10 When Timothy comes, see to it that he has nothing to fear while he is with you, for he is carrying on the work of the Lord, just as I am.11 No one, then, should treat him with contempt. Send him on his way in peace so that he may return to me. I am expecting him along with the brothers. (I Corinthians 16: 10,11) I Corinthians were written about five years before the letter to the Philippians.

Paul is hoping to send Timothy to Philippi and hear the good news from the Philippian church. Then Paul wanted to go to Philippi and meet everyone again (verse 24). Paul was in prison, but he had hope in the Lord. It’s important for him to have hope. All we need to live is hope.

During World War II, there was a man named Viktor Frankl who was captured by Nazi Germany and sent to a concentration camp, where he survived. He was a psychiatrist. As a Holocaust survivor, he describes his experience in the book Night and Fog, in which some survive in the same harsh conditions. Note that some died and many of them committed suicide. As a psychiatrist, he analyzed human psychology as to what was the factor that made their life and death different. He analyzes what survived in the camp where many Jews were slaughtered. His conclusion was that it was not a difference in physical fitness. A strong person did not always survive. When he was sent to the internment camp, he was already ill and was able to survive himself, who was thought to die first. So what’s the difference? The conclusion of Viktor Frankl was that “whether or not the person has hope depends on it.” Some had the hope that “this war will surely end someday, and I can live with our families again.” Another person continued to have the hope that “when this war is over, I definitely want to complete the continuation of the work I was doing.” He writes that those who held that hope, albeit modestly, were able to survive in the harshest of conditions.

Two perspectives are important to us. First of all, we work in the church to which we belong. There were churches in Paul’s time as well. Philippian church, Corinthian church, Thessalonica church, etc. They were churches pioneered by the apostle Paul. Each church has its own work. We are the same. And from a larger perspective, the whole group of those who believe in Jesus Christ as the Savior in the world and in Japan. 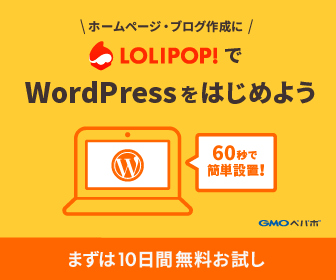